Riding your bike is great; it takes you away and allows you to think. It allows you to empty your head and start again, be creative and chase a goal. It allows you to focus your mind and push your body, or... you can forget all of that, and just ride.
If you are reading this and thinking of joining the latest climbing craze of “Everesting” be warned… you might just catch the “Everesting Bug” This, I guess, is what happened to me in June this year, after completing my first Everesting on GreatDun Fell. The 140 mile ride took 15 hours and totalled over 31,000ft of ascent. Three weeks later I was battling with the iconic Hardknott Pass, 30x up the savage climb was enough to claim Everest number two.


August was here and it already felt as if summer was fading, the days were shortening and the temperature cooler, not badly but it was a sign of things to come. I had an idea for a third Everesting, but knew it wouldn’t be too long before the changing seasons would bring a halt to any such plans.

Originally from a mountain biking background, I entered my first race aged nine, my older brother Jack raced and bikes were always in the family. This meant spending many a weekend up and down the country at whatever race was on at the time. It was a great experience and went on for a good few years, after which things drifted. I found myself dipping in and out of cycling up until the age of 27, I then started training and entered a few mountain bike enduro events. I did a bit of traveling and raced a few times in Australia, before finally returning home and buying a road bike in August 2012. I really enjoyed the switch to road cycling but would still miss the dirt now and again; with this in mind it seemed simple… The third Everest would be Off-Road. 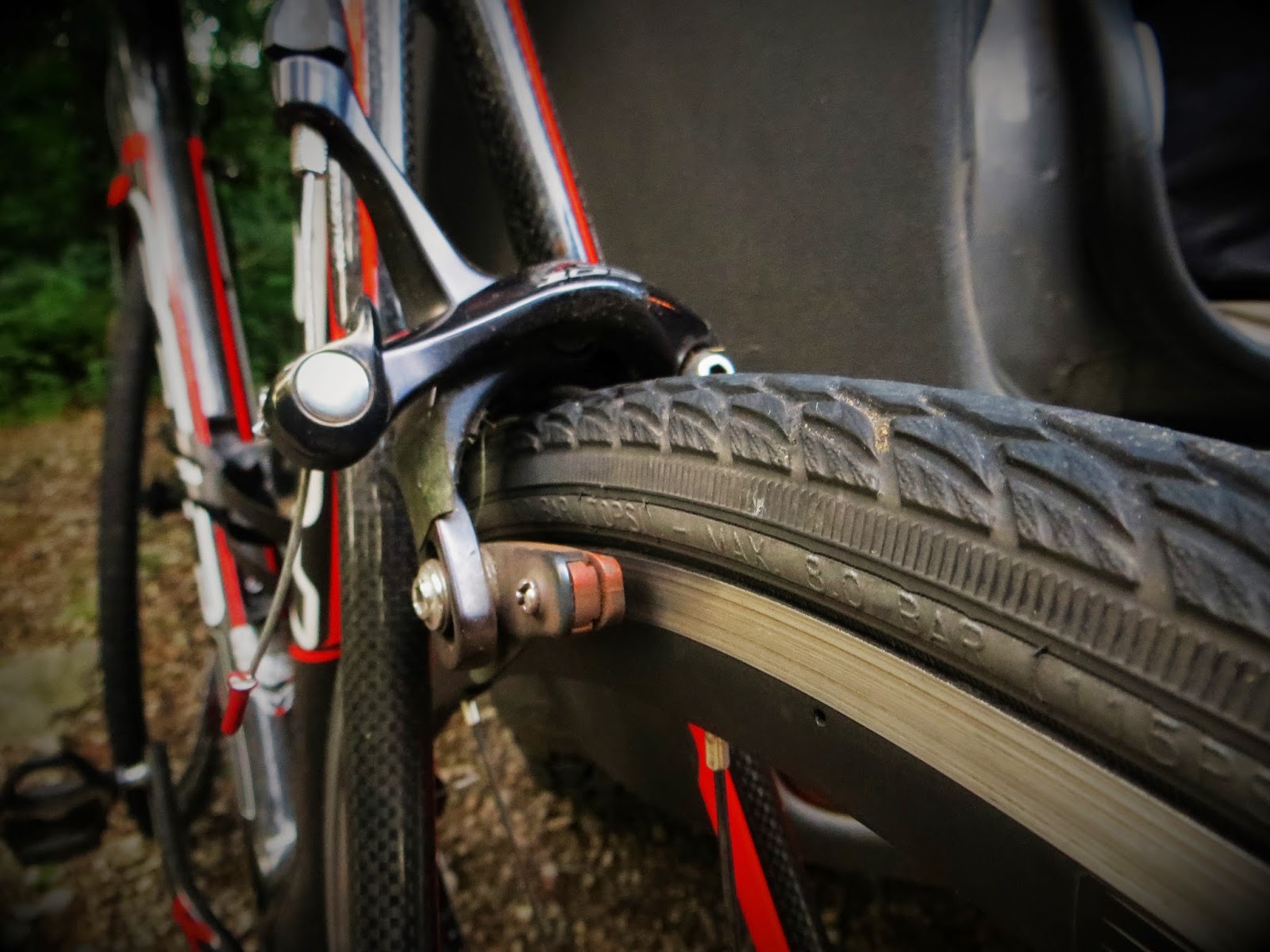 To qualify as an Off-Road Everest, the whole ride would need to be ridden on a dirt road/track/path/MTB trail etc, but definitely no tarmac. I figured some kind of woodland fire track would fit the bill, hopefully not too rough and with a steady gradient. My partner Mairi and I headed to the Lake District in search of such a climb, after speaking to a few locals we were pointed in the direction of Chapel House Wood near Newby Bridge. It turned out to have what seemed a very suitable climb, 1.2 miles of fire track that twisted its way steadily up through the woods. The tracks surface was varied, overall it was pretty hard and compact, but with some looser rough sections thrown in too. The plan was to hopefully use the road bike with a set of 25mm, treaded winter tires, and as long as I picked my lines carefully it looked as if it should be possible. 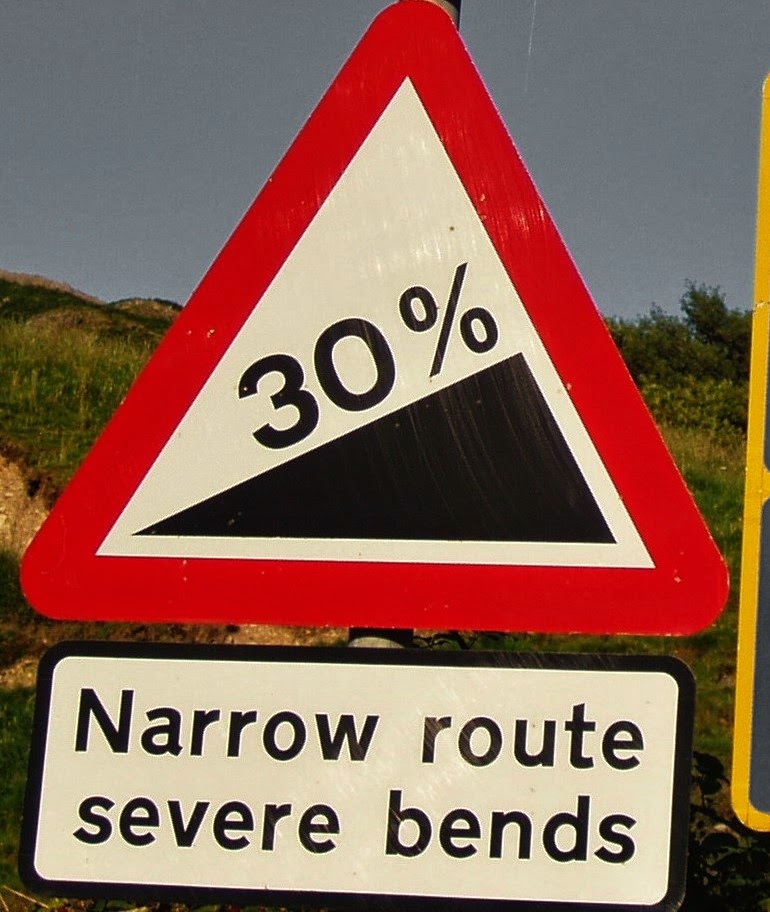 On June 26th 2014 I was lucky enough to successfully complete my very first Everesting, 15 times up the highest road in the UK, Great Dun Fell. 140 miles and 31,234ft was enough to claim the hill before someone else beat me to it. It had taken over 15 hours and was a day I’ll never forget, however, it was also a day I was in no hurry to repeat.

Cycling is all about suffering! Well ok maybe not “all” about suffering (we all have those days when the sun is shining, the gentle breeze is on our back and the whole thing seems rather enjoyable) However, the more we push ourselves, the more it eventually starts to hurt. The only problem is that we forget all about this suffering almost as soon as it’s over, we can be half way through a tough event thinking to ourselves “there is no way I’m riding this again next year” “in fact I might even sell my bike” then by the time we’ve made it home, the pain is forgotten and we’re ready to sign up all over again. Less than 24 hours after completing Dun Fell, I was sharing ideas with my partner Mairi for a second Everesting. As I cautiously approached the subject, Mairi gave me an initial look as if to say “have you lost your mind!” thankfully this was soon followed by acceptance, and then even encouragement. 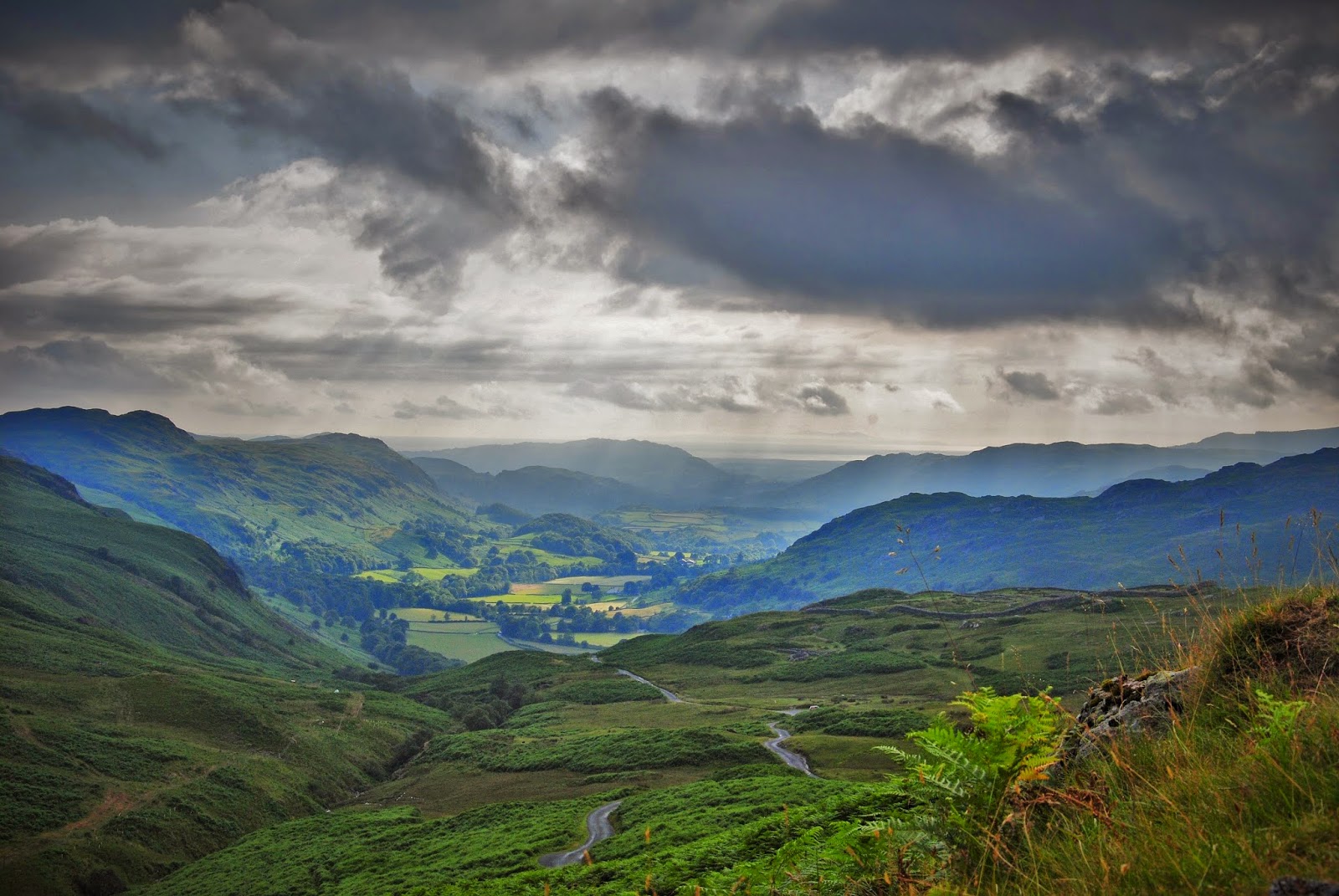 Choosing the climb wasn’t actually such a tough decision, after doing the highest I figured it was time to have a go at the hardest. Arguable the toughest and most feared climb in the UK is the legendary Hardknott Pass in Cumbria. The Romans build the original road back in the 2nd century, this linked the coastal fort at Ravenglass with their garrisons at Ambleside and Kendal. During the Second World War the area was used for tank training, this completely destroyed the original track. When the war was over, it was decided the road should be repaired. Only this time it was given a tarmac surface, this provided the first ever direct motor route between Eskdale and Ambleside. 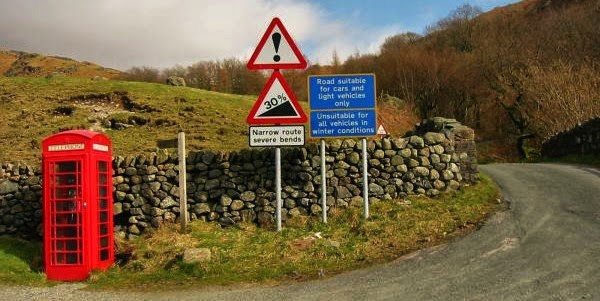 As you approach the climb from Eskdale you’ll see an old fashioned red telephone box, next to this is a sign warning you of 30% gradients ahead. The climb raisers up through some trees and over a cattle grid, it’s not long before you are faced with a number of 25% switchbacks. Once you’ve tackled these the landscape opens up, and on doing so reviles why people fear this climb so much. In the distance the summit is almost visible, but before that are more sets of switchbacks, only this time steeper than the first. The final hairpin is a savage 30%, and is followed by a steep drag that only eases off once you’re near the top. The total ascent is around 970ft with a summit of 1,289ft, the pass would need climbing 30 times to reach the 29,029ft target.
Read more »
Posted by EverestingUK at 20:31 1 comment: 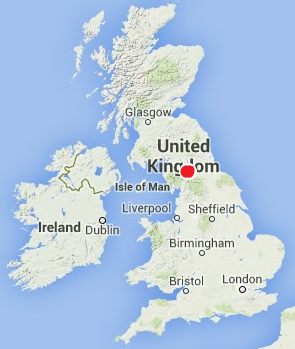 I first heard about “Everesting” on an internet forum around the beginning of June 2014. The idea instantly caught my imagination, 29,029ft of ascent in one single ride! Was this madness or genius? I decided either way I had to find out.

I live up in the North Pennines in a small village called Nenthead. Nenthead is an old mining village sitting at around 1,400ft, it is surrounded by hills, lots and lots of hills! It can be a cyclist’s heaven or maybe even hell depending on what you like? Luckily for me it’s the former.
I set about picking my Everesting hill. It didn’t take me long to decide I wanted to try and be the first to “Everest” Great Dun Fell and claim the highest road in England at 2,785ft. I’d ridden the fell once before, a tough experience in howling wind and so much fog I couldn’t even see the huge golf ball looking radar station that sits on the very top! 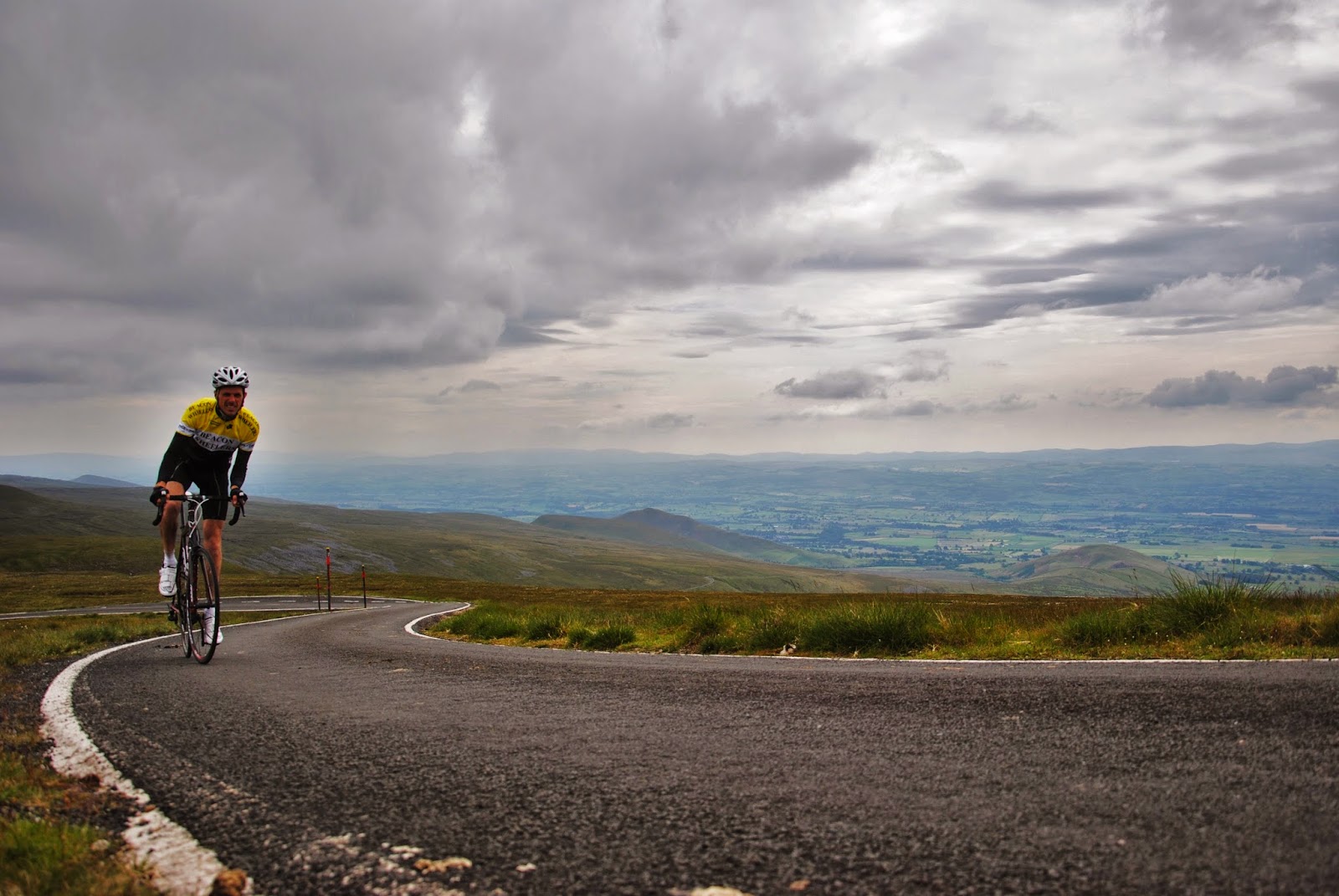 The hill climbs up 4.6 miles, it has an average gradient of 8% and in places kicks up to over 20%, by the time you reach the top you will have climbed around 2,070ft. For a successful Everest the hill would need to be climbed 15 times, this would total 140 miles and pass the 29,029ft target. This challenge would mean riding further, higher and for longer than anything I’d done before.


Whilst out on a Sunday training ride a few weeks after hearing about the challenge, I heard a rumour that I wasn’t the only one eyeing up Great Dun Fell for an Everest attempt. In fact I was told two people were attempting it that very same day! Thinking I might have missed my chance, I kept I close eye on the Everesting website for any new entries… 2 days passed but nothing appeared. The hill was still up for grabs, although with the extra interest, claiming it had now become a race against time.

Tuesday 24th June, Forecast looks ok for Thursday, not perfect but hopefully good enough to have a go. Thursday 26th I’m up at 5am and on my way to Knock at the bottom of Great Dun Fell. I park up at the bottom of the hill and waste no time getting kitted up. 6.30am I start the Garmin and it’s time to go…

If I can average 1 hour per rep including breaks I’ll be all done by 9.30pm. I set off on my first accent, the wind feels stronger than forecast and it’s a headwind. I honestly think to myself at this point “this is not the day to be doing this, I’ll do a few reps as training and head home”. The first accent takes 37 minutes and the decent 10 minutes. The next 4 reps are just a few minutes slower. By 11.07am I’ve been riding for 4 hours 37 minutes, I’ve ridden 5 reps and climbed over 10,000ft.